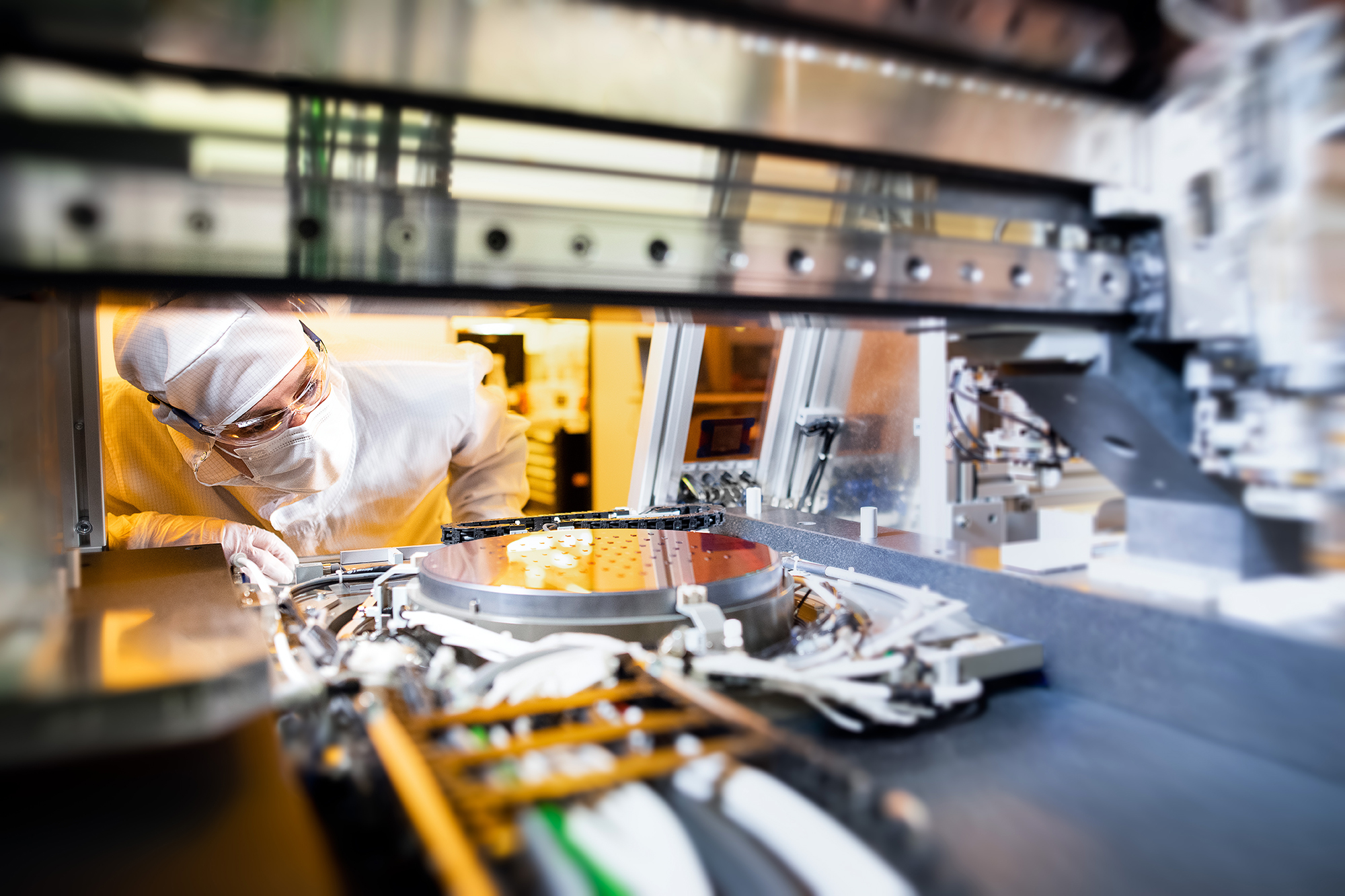 The role of CEA will be to develop a new generation of miniaturized odor sensors. The odor to be identified may result from the combination of molecules of several gases. This new sensor will be based on the gravimetric measurement principle, using Capacitive Micromachined Ultrasound Transducers (CMUT) as micro-resonators.

CMUT consist of arrays of vibrating micro-machined silicon membranes electrostatically actuated. When a molecule of interest attaches to the vibrating membranes, it induces a variation of the mass of the resonator. In doing so, the resonance frequency of the CMUT varies according to a linear relationship with the quantity of molecule adsorbed. This technology enables a high degree of miniaturization.

To have measurements related to a given gas, it is necessary to « functionalize » the surface of the resonator, i.e. to deposit a chemical layer that will interact with the molecule of interest. We will create a system comprising miniaturized arrays of CMUT functionalized with different layers in order to detect odors which result from the combination of several gases. Application specific CMUT will be designed, taking into account the main features required for the olfactory system, namely the number of elements in the matrix, the size of the CMUT elements, their pixel geometries and the electromechanical properties.

The CMUT will be manufactured on the CEA-LETI 200 mm technological platform.

Two batches are planned, following two different designs and process flows, with the aim in the long-term of increasing the CMUT elements’ density in order to detect more gases with smaller footprint sensors. CEA will dice the 200 mm wafers to have single dies that will finally be integrated into the overall system. These dies will be put on a carrier for handling. The dicing/assembly/functionalization strategy is to be determined, taking into account technological constraints (such as possible chemical layer degradation induced by the dicing and packaging steps).

Finally the CMUT will be tested and further optimization of the experimental conditions will be performed (for instance electronic optimization) for the prototypes of miniaturized artificial noses.

Center for Innovation in Micro and Nanotechnology (MINATEC), Grenoble, France

Helene Lhermet received her Ph.D. degree in physics from the University of Grenoble, France, in 2000. She then joined the CEA-Leti Laboratory in the Center for Innovation in Micro and Nanotechnology (MINATEC), Grenoble, France. For ten years she was involved in analog IC design. In 2013, she moved to the Silicon Components Department and is in charge of projects on MEMS inertial sensors, microphones, photoacoustic sensors and micromachined ultrasound transducers. Within the ROSE project, H. Lhermet is WP Leader of WP2. The aim of this WP is to design and fabricate miniaturized CMUT that can be used as in situ olfactory sensors.

After obtaining his PhD in solid-state Physics from Ecole Polytechnique in 2012 for his work on III-V materials Bruno Fain joined the Laboratoire d’Imagerie Paramétrique (now Laboratoire d’Imagerie Biomédicale) in Paris to support the transfer of an innovative ultrasound device to a lab spin-off. Since 2013 he is a staff research scientist in the Microsystem group at CEA-Leti. His research area covers a large range of microsystems, including capacitive and piezoelectric micromachined ultrasound transducers dedicated to both immersion and airborne applications. Within the present project Bruno Fain is the R&D engineer for the realization of the CMUT-based odor sensor.